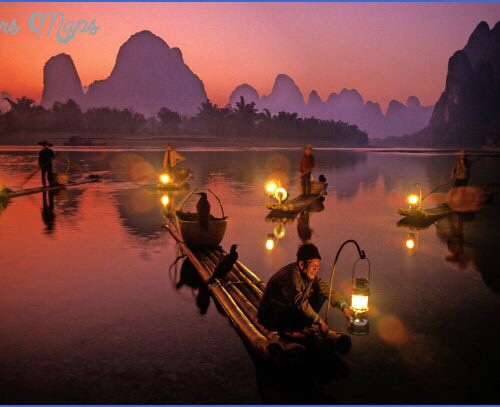 Oh Holy Mother of Divine, save me! There’s so much involved in preparing for this journey!! (Eye roll)

When we decided to do the trip, I was filled with aspirations and dreams of freedom, of flying high, of putting a pin in a map on any given day, getting on a plane, train or automobile. Rocking up to the frontiers of each country and receiving a welcome with open arms from the national security lads of whatever country we landed in. The natives letting us have the run of the place ‘til we tired of it and wanted to move on! Yeah? Isn’t that what we all dream of doing when we think about going travelling? Well let me tell you something lads, it’s a very different thing than that altogether! That song “No Frontiers” is a gimmick!

From getting the house ready to go on the rental market (I mean, where on earth does one put all worldly belongings collected over so many years – well not that many, ahem!) to booking our visas, flights and accommodation. Nothing could have prepared me for the hours spent poring over websites! Nor the feeling of being the third giraffe trying to get onto Noah’s ark when sorting our Visas. 🦒🦒🦒I have, however, been pleasantly surprised at the warmth, friendliness and enthusiasm of some of the hosts we’ve been communicating with while sorting our accommodation between here and China. It has most definitely added a new dimension to the excitement of our trip and I already feel that we have made new friends around the world. In particular, our hosts in Beijing, Shaohui and Shufang, and Ash and Nate in Hamilton, Canada have been extremely helpful. It’s sooo exciting now 💫

First stop is Reykjavik in Iceland (as I write I’m hearing reports that the Volcano might erupt shortly. 🌋…noooo!), then on to Toronto. On to Hamilton in Canada and back to Toronto where we will take a 13 hour train trip to New York City (Manhattan), visiting Niagara Falls as we go. On then to Chicago (which will be the absolute highlight of our trip), to see Allie and Jonny and Harry and to celebrate St. Patrick’s Day in style where the Chicago River will be dyed green for the day with vegetable dye I’m told. No doubt we will down a few shots of Egan’s Irish whiskey while we’re there. My boys will fly out from Ireland to join us for this part of the trip. Precious family time for sure!ter almost 5 weeks in Chicago we head to Seattle. When we feel like it, we’ll take the Amtrak Coast Starlight train along the West Coast of the USA. We’ll stop off at places like Eugene, San Francisco and wherever the mood takes us to be honest, until we eventually hit San Diego. This train looks spectacular and we will get to view the beautiful scenery of the West Coast of America as we go. From San Diego we will head to Los Angeles, stay a while there and will then take a flight to Tokyo in Japan. Hang around there for a bit with the Japanese and then fly on to Beijing in China.

While in China we will fly from Beijing (after about 3 weeks in Beijing) to Yangshuo in southern China’s Guangxi region, with its dramatic karst mountain landscape. We will stay at a cool hostel called “The Giggling Tree” which is a total hippy experience and in such a scenic rural location (this is the piece of the trip to China for me that is a little glimpse of heaven on earth). I had visited this very spot with my daughter Alison in 2013. We went to see the Li River Fisherman’s Light Show while we were there. The show, a major musical production, is directed and produced by the guy who did the whole opening ceremony for the Beijing Olympics. To say there is nothing in this world that can compare to it is an understatement! I remember we both cried at the end of the show, overwhelmed with awe and emotion and wishing everyone that we loved could be with us to witness such a remarkable and moving event. (Ya’d have to be thereJ). The show was held just as the sun set on the Li River. The mountains and the river became the backdrop for the stage lit up with colourful beaming lights. Chinese Fishermen sailed out onto the river on bamboo rafts with lanterns …. I get goose bumps even recalling the show now. When we arrive there I will post as much as I can to give you a taste of the whole experience. It’s inconceivable and mind-blowing! I’ve been raving about it to Colm since I met him, so it’s fantastic that at last he’ll get to witness the actual event (and not have to listen to me harping on about it the whole time) 🎧

After that it’s Vietnam, Cambodia, Indonesia and Bali (if the volcano stays quiet of course).

I have to admit though, there is a certain level of funny anxiety spells that goes into preparing for a trip like this. I’ve taken to waking at the small wee hours of the morning with totally irrational questions and ponderings going around in my head. Poor Colm who is already sleep deprived with his daily 5.30 a.m. start each morning, is being prodded by me asking him all sorts of questions that have been going around in my head throughout the night. So what’s been popping into my head? Well, ya see, when we booked our flights from Chicago to Seattle, we talked about the option of doing the Amtrak Coast Starlight train along the coast. But when I checked it out it said that it went from Los Angeles to Seattle. My worry was that this train wouldn’t work for us because we were going in the other direction?!!@@@ Colm, thankfully reassured me that the train travels in both directions and I went back to sleep..haaa haa! 😴

But just then another one popped into my head. The website that tells us about travelling on the train from Toronto to New York states that we must expect delays due to border control, and we should bring along some reading material. So should we bring a copy of Lord of the Rings or a quick guide on travelling around the Aran Islands? While in the USA should I pretend that I think that Trump is doing a great job? Or avoid discussing the Apple tax debt in Ireland? I mean these things must be thought through in advance I believe to avoid running into difficult situations 🙈

Likewise, when booking flights, I’m insisting that Colm check out the safety records in painful detail, of all airlines that we are travelling with. Also, being new to all of the preventative measures we need to take when travelling the world, I’ve been wondering, you know… if you get vaccinated against a disease, will the vaccinations we get before we leave make us sick for weeks before we go? If we get them all together will we get a bit of each of the illnesses like Yellow Fever and Typhoid and Malaria? Irrational or responsible? It’s a thin line I’ve discovered 😜 I’ve also discovered that my husband has the patience of a saint, I swear it! And now to focus on Christmas preparations and the anticipation of the arrival of my beautiful daughter, her husband and the cutest lil grandson everrrr…Harry who are all coming home for Christmas in Ireland… Merry Christmas y’all and I hope you also get to spend it surrounded by the ones you love 🤶 More to follow ….